Another Day in Gluepot

In contrast to yesterday morning, the morning of the second day started off with a lot more action. A Chestnut Quail-thrush disappeared off the road as we were driving along. We managed to locate it hiding amongst the leaf litter. They definitely blend in well with the habitat!

He moved around for a little bit and then was nice enough to fly up into a tree for some more photos. This guy was very obliging and not like the other Chestnut Quail-thrush we'd seen disappear off the road never to be seen again. 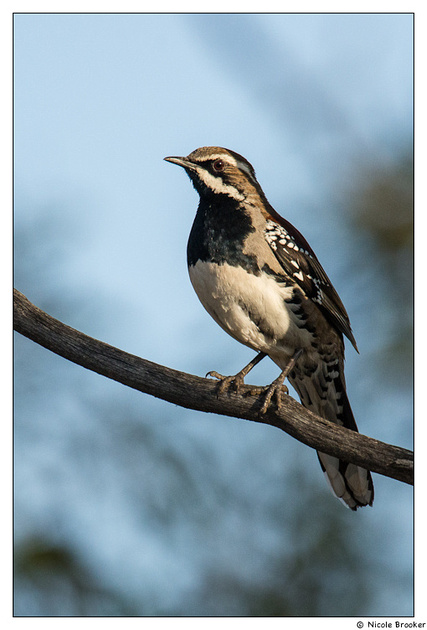 We then decided to drive further along Track 8 where Scarlet-Chested Parrot had been sighted some days back. We searched around the target area but nothing to be seen. There were lots of nice birds in general in the area though. We then moved on to Track 7 in search of better views of Striated Grasswren. We came to the first patch of spinifex and decided to have a look around. A pair of Striated Grasswren put on a nice show for us hopping across the track and around the spinifex. My first objective was to take a photo of one on the ground.

It's tough to get photos of these guys out in the open. The next photo was probably the closest I came.

We then walked the track near the airstrip. We saw a Crested Bellbird but a photo of it eluded us. Lots of White-fronted Honeyeaters. We also saw a Brown Falcon and a Spotted Harrier. There were many bushes in flower, which again provided some nice landscape photo opportunities. 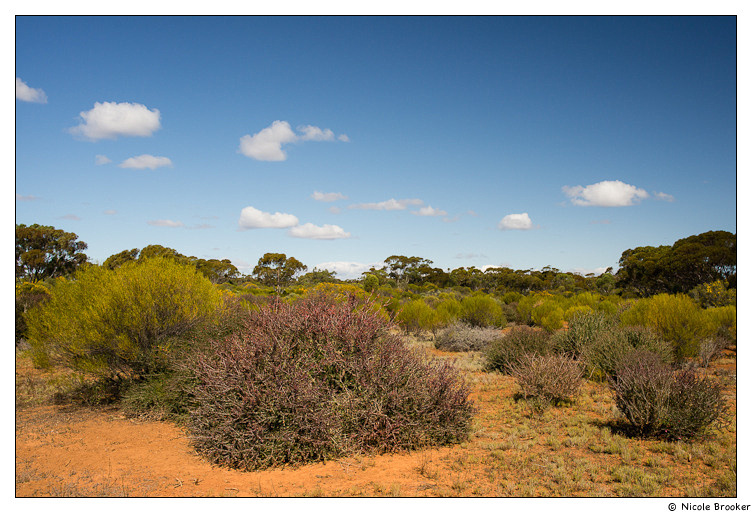 We finished off back on Track 8 again with a pair of Mulga Parrots landing in the tree next to the car. We took some photos before we noticed the threatening sky and decided to go back to camp. 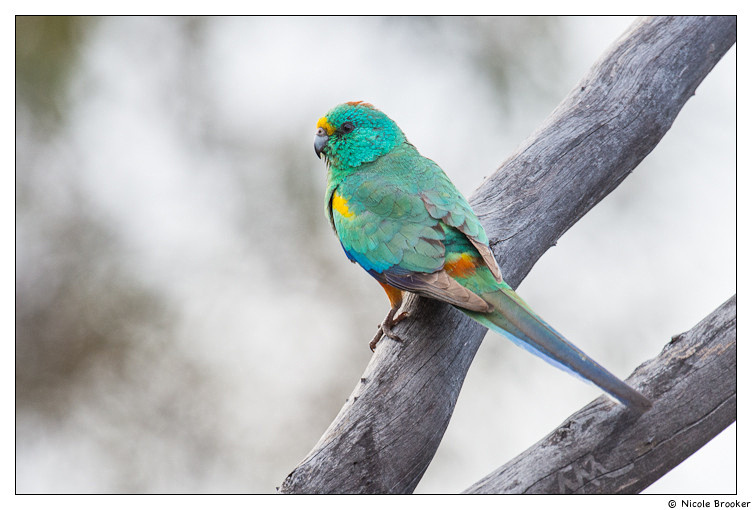