Beauty of the Flinders Ranges

After a short but productive stay at Gluepot Reserve we moved on to the Flinders Ranges. There was a moment of concern after a truck flicked up a stone causing a small chip in the windscreen....fortunately on the passenger side! We stopped at a couple of places to ask about repair but not much luck. Fortunately it never turned into a crack, even after many corrugated roads and changing temperatures.

By the time we arrived at Willow Springs we were well and truly ready for a shower. It was sheer luxury after several days in the bush. We had the whole campsite to ourselves, which is their policy. We woke to clear skies the next morning and the rising sun produced beautiful warm colours on the surrounding hills. 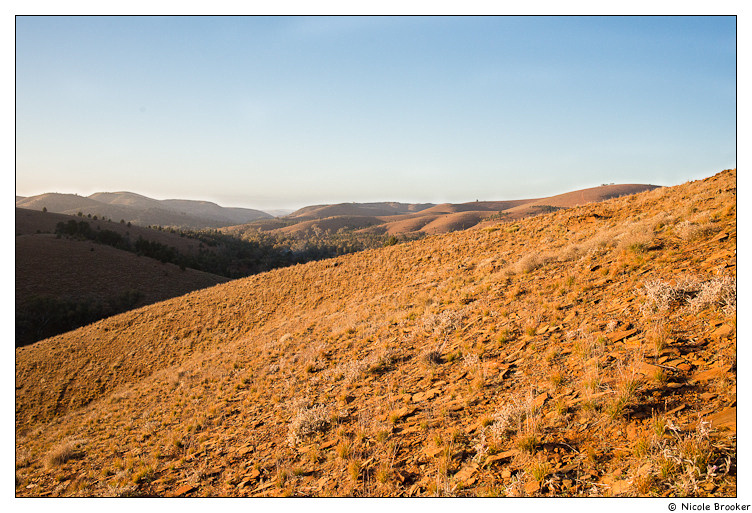 Our first target was the Short-tailed Grasswren on Stokes Hill. Even with the sun out it was still rather chilly with the wind. Again the view up top was spectacular.

Despite a good couple of hours searching we had no luck with the Grasswren. We did manage to come across some Elegant Parrots. We weren't able to get close though so I was only able to obtain distant photos. At least a record of our siting. 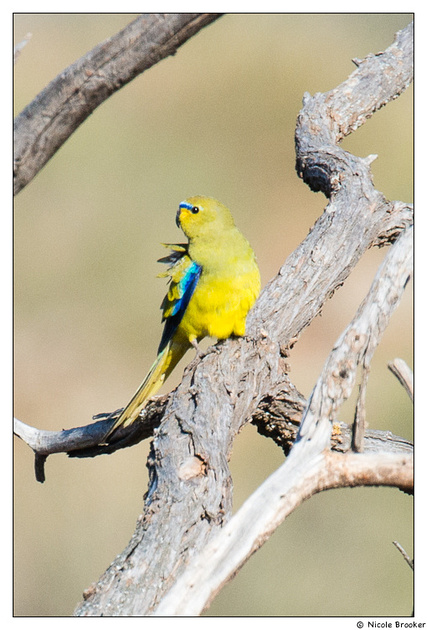 We then decided to head towards Brachina Gorge to see if we could spot Yellow-footed Rock Wallaby. Fortunately for us we arrived at a great spot to see a family group just in time for their play session. A man from a nearby station told us it was the most active he had seen them in years. It was hard to pick a favourite but the two joeys with the parent was my favourite. 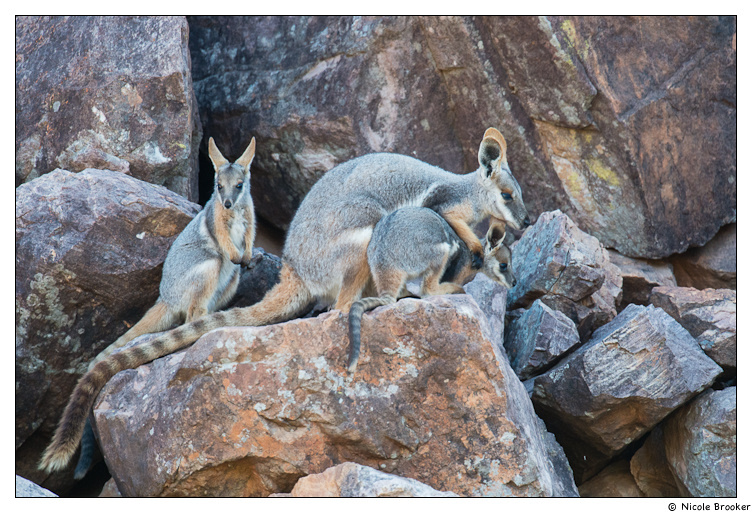 That night back at camp we were also serenaded by a Southern Boobook. A great way to relax after a long day. Ready to hit the road again tomorrow to Lyndhurst.